To begin to talk about this past week’s events, I need to go back.

Back to July 2013 during my trek on the Camino de Santiago de Compostela.

I was walking through the streets of Burgos, Spain when I aimlessly said hello to a nun in the street. After all, I was on a religious pilgrimage and it just seemed like the normal thing to do. She looked at me strangely and asked if she knew me. “No,” I said; “I was just saying hello.”

We began talking and she asked me what I was doing in Burgos. I told her about The Camino and we began a nice little conversation exchange. Somehow we got on the topic of the NGO she worked with and how they were doing great things in Peru. I told her I would be in South America for about six months in 2014, and that if I passed through Peru, I would like to visit with her NGO and see if my charity, Sprouting Scholars, could support them in any way.

Then I exchanged information with Sister Alexandra and said goodbye.

Nearly 8 months passed. True to my word, I came to Peru and she put me in contact with her NGO, called Mision de Esperanza (Mission of Hope). Before arriving in Peru, she sent me ten applications from their most impoverished children and our board agreed to fund the children to the extent we had the funds available.

I came to Piura, a city in northern Peru. When I arrived at the bus station, there were two nuns waiting there for me. Imagine the sight it must have been: me – in my hobo travel clothes and a giant backpack – picked up at the bus station by two nuns.

Mother Silbana was the one I had been in touch with, and the one who I was liaising everything with. She arrived with Mother Fe (Faith), the most adorable 85 year-old nun you could ever imagine. We rode to their school, San Gabriel, where they lived and taught nearly 800 students. The school was beautiful: clean, organized and huge. The students who attended San Gabriel were quite well off.

I was offered my own room, with a bathroom – quite the luxury after so many hostels. After lunch, I went to meet the kids in their neighborhood, Caserio Miraflores. It was a poor community with dirt roads and very little infrastructure…the tin roofs were held down with rocks.

The children were at a library built by Mision de Esperanza. Neighborhood children went there after school to get help with their homework, use the computers, learn to sew, and get medical attention when a volunteering doctor came to town. This facility was fully funded by the NGO.

I personally witnessed the need that exists among these children.

When I arrived, about 20 students welcomed me. I immediately noticed the Latin American influence as they each got up and waited in line to greet me with a kiss. I was given a tour of the facility, which also had a small room with medical supplies.

Once everyone was there, I met five of the children whose applications I had received. They were incredibly shy. It may have been embarrassment or sheer shyness, but I tried to diffuse the situation by talking to them individually. I wanted to know who they were: what was their favorite school subject? What did they like to do for fun? What did they want to be when they grew up? Why did they want to study?

Here’s what I learned about the Piura kids:

After I talked to them, I met their mothers. I spoke to them as a group and told them about Sprouting Scholars and our goal of funding education around the world. They seemed quite grateful.

The next day, I met with the various schools that the children attended to get an idea of how much money they would need to attend school for the year (tuition, books, school materials, uniforms, etc). There were 4 schools on our list. I needed to see them for our own due diligence. Out of the 4 schools, I felt very good about three of them. One seemed to see an American NGO and began listing off exorbitant costs, which could not possibly be necessary, as they were the only outlier. This is the reason it is so important for us to personally visit the schools and to create a strong relationship with the NGOs, schools and other organizations that refer us students.

Two days later, I went up to Tumbes, Peru. This is a border town, hugging the Ecuadorian border. I was meeting the remaining five students requesting sponsorship. I didn’t think it was possible, but these children were in even worse shape than the Piura kids. The stories are heartbreaking.

In Tumbes, I met: 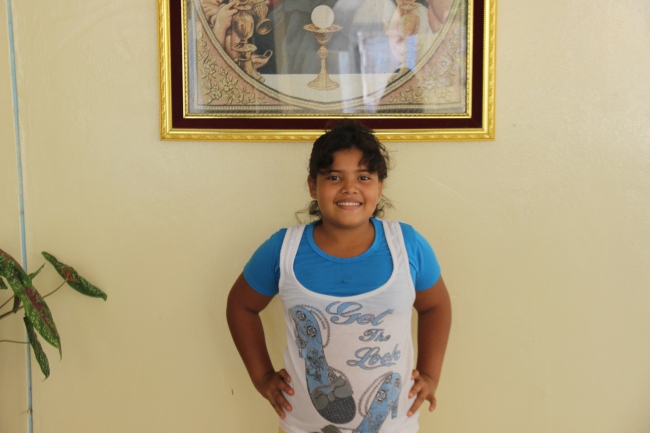 The needs of these children are tremendous. Until you witness it, until you experience it, you can’t understand it. You realize just how much you actually have and take for granted.

Just today I received an incredibly inspirational video (https://www.youtube.com/watch?v=fRPbgN9XQ1c&feature=youtu.be) from a good friend of mine. It was about a young man in Asia who helped people everyday without any expectation of receiving anything in return. The video focused on all the great things he did, and then it asked the question: “What did he get in return?”

The answer was “nothing.” No fame. No money. He was anonymous. But then, the video pans into the intangible returns: the emotions. He witnesses happiness. He reaches a deeper level of understanding. He receives what money can’t buy: A world made more beautiful by simple acts of kindness. This time, I couldn’t stop the tears. Because I could actually understand the strength of the emotions you witness (and feel) when you’ve actually touched someone’s heart. I experienced firsthand the appreciation, the hugs, the tears – all from the children and the mothers whose children we were sponsoring. The potential for the lives that can be changed are limitless.

Most of you who know me well know I have a mild obsession with Paolo Coelho’s The Alchemist. I fully believe in personal legends and that everyone who crosses your path does so for a reason. In the book, Paolo talks about “Maktub”, an Arabic word meaning “It is written.” This implies that our stories have been written and we need only to listen to the language of the world to interpret our stories and reach our destiny. I am convinced now, more than ever before, that this part of my story was written for me to meet Sister Alexandra in Spain on that fateful day in July and to begin a chain reaction of events, which ultimately led me here. To link Sprouting Scholars to an inspiring NGO and give ten children something they may not have had before: hope.